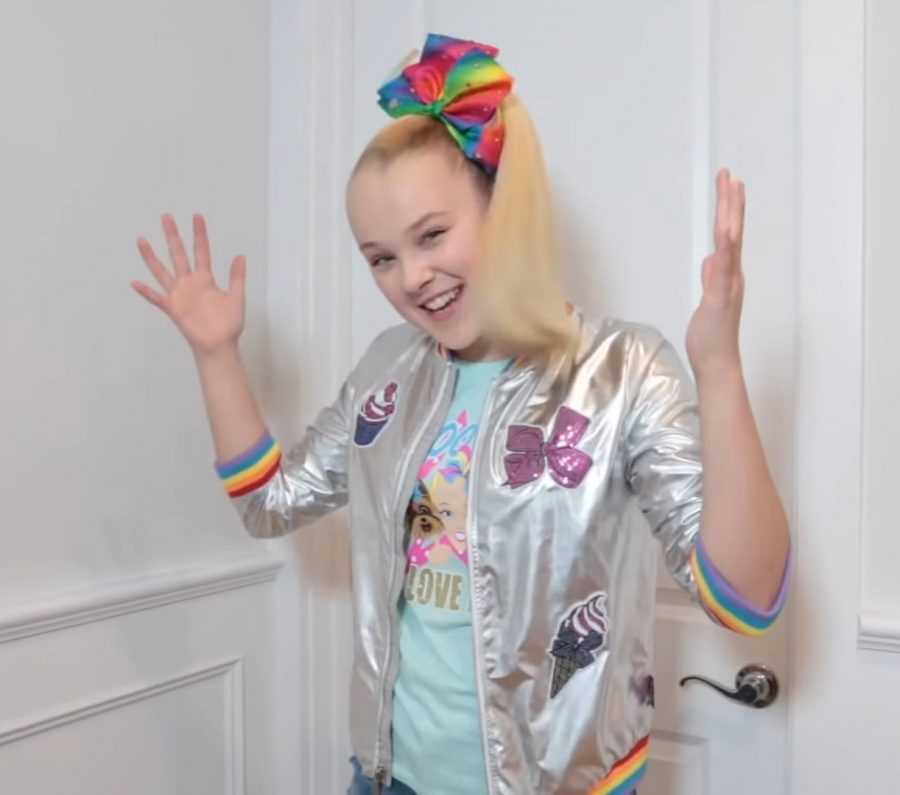 JoJo Siwa is shown in a screenshot from one of her videos from 2018.

When we are being raised in a world where judgment roams freely, we are given decisions every day that become more difficult to make. And being a teenager, decisions is already something that we do not like to make.

Influencer JoJo Siwa, who is known for making joyful, bright and upbeat dancing videos for kids and made her debut on “Dance Moms,” has recently come out over the social media platform TikTok to the song “I Was Born This Way” by Lady Gaga.

Like any situation, there were many different parts to analyze in how she put the thought into sharing her newfound lifestyle. For example, the outfit, song and overall reaction of her audience.

Siwa is known for wearing many bright and joyful colors that match her career and internet appearance. In her coming out TikTok. she was doing just that, with her own little take on it of course. Siwa presented herself in lots of rainbows and sparkles.

Since Siwa is known for dancing, she definitely knows a wide variety of music and how people react to different things. I think that the song choice for her coming out video was very unique and it definitely made a difference on how her audience would have typically reacted due to the upbeat song that was chose by Siwa herself.

After Siwa posted the video informing her audience, her following videos expressed her gratitude to her audience for being so understanding and supportive. With Siwa’s authority, she not only received support from her fans, but also many other influencers such as Ellen Degeneres, Lil Nas X and Paris Hilton.

Something that is both frowned upon and supported in today’s generation is how certain people express themselves. I think that what some teens and overall people in general need is an influencer to look up to for support and inspiration. Siwa stands as both for teens.

As we grow up, there are more and more things that cause differing opinions, which often stems from how you are raised. The truth is, we need to come and learn to accept it. The faster we accept how people want to portray themselves, the faster we move to a less judgmental state in our society.